Asbestos is Still in Our Products 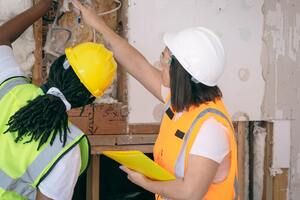 Are you worried about contaminants in your home?

Has your house been inspected for asbestos?

Before the health effects of asbestos were identified, it was used in almost every phase of construction in every building. For almost a century, asbestos could be commonly found in flooring, siding, roofing and drywall. If it was a component of construction, it probably contained asbestos.

Once the toxic aspects of asbestos were discovered, efforts were made to roll back its usage. In the 80s the US government made efforts to ban its use, but they were unsuccessful. Many people are unaware that the ban was short-lived, being repealed in 1991 in favor of curtailing any “new” uses of asbestos but allowing previous uses. As a result, today there are approximately 3,000 construction products widely available in the United States that contain dangerous levels of asbestos. Ordinarily this is listed on the label as “natural ingredients.”

Some believe in a myth that there is a “magic number” date that limits the need for asbestos testing. For instance, many insurance adjusters believe there is no need to perform testing on a building built after 1982. Others say 1978. Both are wrong. Drywall joint compound, flooring mastic and popcorn ceiling texture remain common sources of asbestos exposure to this day. Unless you built the building yourself and reviewed each and every component of the structure, there is no way to determine that a building is asbestos-free without testing.

So, what determines whether or not testing is performed? The only metric that matters is what you intend to do. Asbestos is deadly when it becomes airborne, so any task that may cause building components to be crushed or pulverized to dust should be a red flag. Demo of drywall, flooring, ceilings or siding should all be preceded by certified testing. You may know for certain that there is no asbestos in your flooring, but what about the glue holding it down? You can be positive that your drywall is asbestos-free, but what about the joint compound or the texture?

As in all things, it’s better to know.

Guzi-West’s inspectors are thoroughly educated on safety regulations. We perform asbestos inspections in accordance with federal safety regulations, compliance monitoring, NESHAP, and AHERA. Our services are provided throughout northern California in cities such as McKinleyville, Redding, and Eureka.